David started his tenure in emergency services in 1997..  He holds certifications such as North Carolina Firefighter Level II, Advanced Firefighter, Rescue Technician, Hazardous Materials Level I Responder, EMT-Paramedic, and Executive Emergency Management Coordinator.  He also attended Campbell University where he earned his Bachelors of Art in Government and East Carolina University where he earned his Master of Public Administration with an emphasis in State and Local Government.

Currently he volunteers with Buies Creek Fire Rescue as a Firefighter/EMT, is an adjunct instructor at Campbell Univeristy, and instructs EMS and Fire courses part time for Central Carolina Community College.  In addition he is a contributing writer for the Carolina Fire Rescue Journal, The Encourager and Fire Engineering. 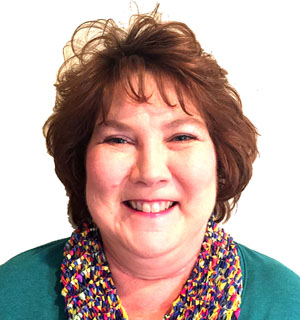 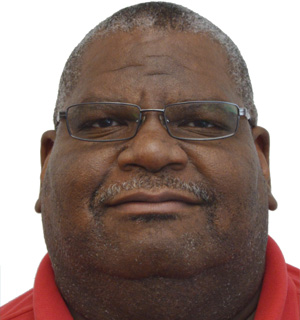 Rodney is a native of Wilson and graduated from Ralph L. Fike H.S. in 1987.  He is currently employed with the Wilson County Emergency Management Agency where he serves as the Community Preparedness Coordinator, Public Health Preparedness Coordinator and Asst. Fire Marshall (since Sept. 2007).  Rodney was employed by the Wilson Police Dept. for 10 ½ years as a Forensic Analyst.  He is also a Certified Criminal Justice Instructor for the State of NC.  He was also the Chief of the Wilson County Rescue Squad (Volunteers) until 2013.  Rodney is a graduate of NC Wesleyan College with a double major in Criminal Justice and Psychology (graduated May 2007 cum laude.  He most recently received his certification as a Type 4 Emergency Manager.  Rodney is a brother of Alpha Phi Omega (National Service Fraternity), as well as a past Community Advisor for the Barton College Chapter.   Rodney has attended Crisis Intervention Training, Critical Incident Stress Management (CISM) Training (also Team Member), Crisis Negoiation Training (w/Law Enforcement) and Dignitary Protection Training to name a few. 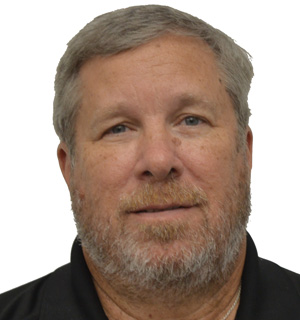 Gordon Deno is the Emergency Management Director for Wilson County, NC.  He has served in this capacity since 1993.  He has been employed with Wilson County since 1984 and has been involved in emergency services work since 1982.  He is experienced in the fire service on the volunteer level and has served in that capacity for thirty-five years.  He is experienced in emergency medical services, 911 dispatch, hazardous materials response, and search and rescue.  He currently serves eastern NC with a human remains detection dog.

Gordon has designed, helped design and participated as a player, evaluator, and exercise manager in numerous exercises in Wilson County, including table tops and full scale with a wide variety of target hazards and capabilities ranging from hazardous materials, civil disturbances, weather events, and a full scale active assailant exercise at a Wilson County High School.  He has also participated in several exercises on the state level ranging from nuclear power exercises to hurricane exercises.

Gordon has major response experience in Wilson County with incidents ranging from major crashes on the interstate, localized weather events, fires, hazardous materials, and searches for missing individuals.  As well as regional events including major hurricanes (Fran, Floyd, Matthew, etc.) and tornadic events.  Many of these events resulted in federal disaster declarations including the most recent, Hurricane Florence, in 2018. To date, he has administered twelve (12) federal declarations in Wilson County. He has also deployed as part of a NC Incident Management Team to statewide and national level events including the 2012 Democratic National Convention in Charlotte, NC (Resource Unit Leader), the floods in SC in 2015 (Liaison from the SC EOC to City of Columbia EOC, Hurricane Katrina in New Orleans in 2005 (Planning Section Chief), Hurricane Charley in Charlotte County Florida in 2004 (Operations Section Chief), the Party Rock Wildfire in Rutherford County, NC in 2016 (Safety Officer for the Structural Protection Branch), and Team Leader for a six person IMT deployed to Utuado, PR after Hurricane Maria in 2017.

Gordon is currently a CEM and serves on the International Association of Emergency Manager’s CEM Commission where he has also served in the past as a Commissioner and Commission Chair (2010).  He is a graduate of the UNC Chapel Hill Community Preparedness and Disaster Management program (2005).   He is a Fire/Rescue instructor, ICS Instructor, Search Technician instructor and Search Canine trainer/handler.  He is a long time member of the NC Emergency Management Association where he has served on numerous committees and is the past Association President (2011/12). 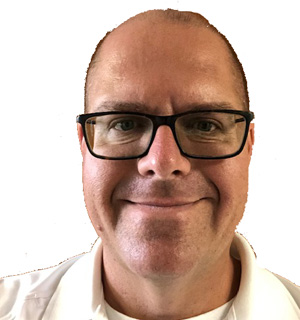 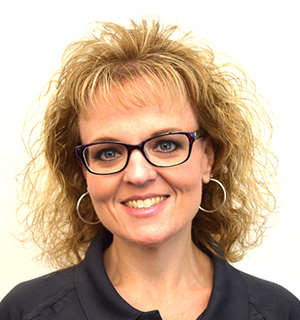 Jennifer started with OTP in February 2018. She has 23 years’ experience in Emergency Communications at Wilson County 9-1-1 and holds the position of Training and Quality Assurance Coordinator. She also works at the Rocky Mount Police Department as a part-time Telecommunicator and Quality Assurance for Emergency Fire Dispatch for the last 10 years. She has been teaching CPR and First Aid for the last 14 years and is an Occupational Analysis Facilitator thru the National Association of Public-Safety Communications Officials. She holds an Advanced Telecommunicator Professional Certificate from the North Carolina Sheriff’s Education and Training Standards Commission

Kyle joined On Target Preparedness in September of 2020. He is currently a Senior at Western Carolina University studying Emergency and Disaster Management and will graduate December 2020. Kyle served nine years in the United States Army as a Cavalry Scout. He has experience in operations, planning and training development.

Kyle has numerous training and certifications in FEMA professional Development Series, Incident Command System, Continuity of Operations (COOP), Points of Distribution (PODS), and Critical Decision Making for Complex Coordinated Attacks. Lastly, he will begin his Master’s Degree in the beginning of January 2021. 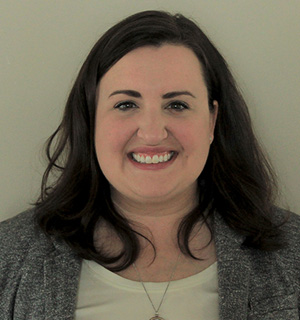 Jessica Leins joined On Target Preparedness in July 2020. She has nearly 15 years of public service at the federal and city level of government, working at locales in the western states of Arizona and Montana. Originally a native of the dry desert state of Arizona, Jessica moved to North Carolina with her husband in late 2019. She has her B.S. and M.A. Degrees in Meteorology and Climatology from Arizona State University.

Following her time at Arizona State Jessica joined the U.S. National Weather Service as a Meteorologist, working at duty stations in Missoula, Montana and Phoenix, Arizona. She served as a decision support services meteorologist with aviation partners at Phoenix Sky Harbor Airport and FAA during the 2015 Super Bowl and 2016 NCAA Football National Championship games. In 2017, she was an Incident Meteorologist deployed to the City of Phoenix IMT for the NCAA Final Four games in Glendale, Arizona. In addition to working with aviation and emergency management/public safety partners, she was planner for several Southwest Aviation Weather Safety Workshops. Following the NWS, she joined the Tucson Fire Department in Tucson, Arizona, as their first civilian Public Information Officer (PIO) and Community Relations Liaison. Alongside the typical PIO incident-related duties, she managed the Department’s social media accounts and expanded its community engagement with local groups such as the University of Arizona Athletics and the local American Red Cross chapter. 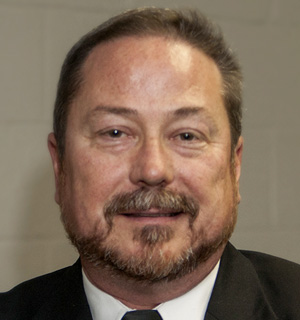 Doug Logan served Granville County, NC as its Emergency Services Director in charge of the Divisions of Emergency Management, Fire Marshal, County Safety, and EMS System Administration for twenty-five (25) years. Starting as a volunteer firefighter in 1987, later to become a full-time Emergency Medical Technician with Granville County, he retired from Granville County Government in 2019 after thirty-two (32) total years of public service. Doug was active on several committees and boards within North Carolina including the NC Emergency Management Association of which he was President from 2002-2004. He also served on the NC Criminal Justice Information Network Governing Board (CJIN) and served as a founding member and Chair of the State Interoperability Executive Committee (SIEC), as well as the NC Homeland Security Domestic Preparedness Region 4 (DPR4). Doug joined the On Target Preparedness team as an Emergency Management Planner in March, 2020. 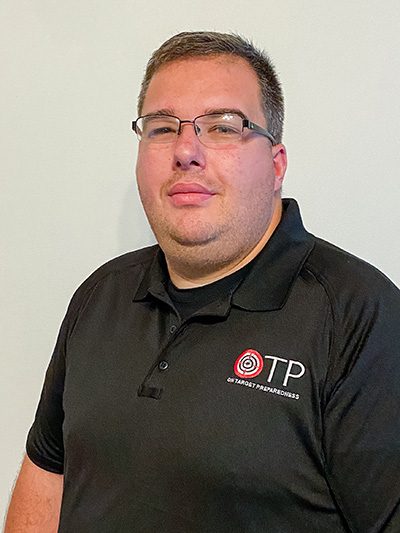 Josh comes to us from the sweetest place on earth, Hershey, PA, joining the OTP team in October 2020. Josh has 10 years of experience as a Firefighter, Safety Officer and EMT with the Hershey Fire Department. When he wasn’t protecting chocolate, he served in logistics on the South Central Task Force Incident Management team and as a certified FAA drone pilot. Being a first responder for over a decade has grown Josh’s passion to more closely serve his community by being able to plan and prepare for the worst and be able to make a difference which has led him to Emergency Management planning.